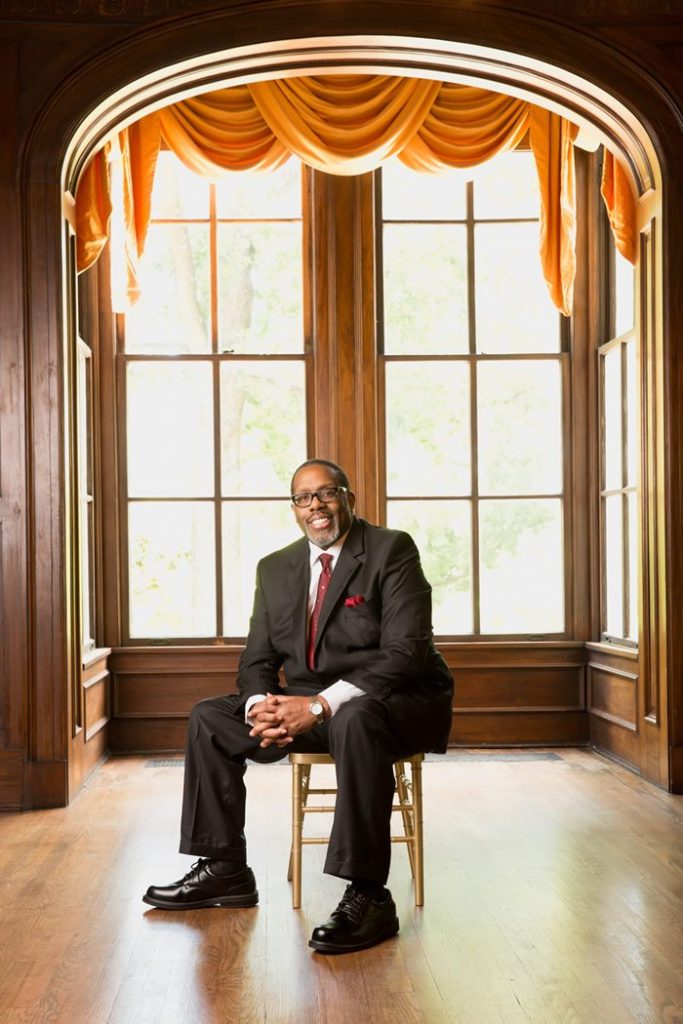 Apostle Alton R. Williams has served as Senior Pastor of World Overcomers Outreach Ministries Church (WOOMC) in Memphis, Tennessee, since 1981. Williams earned his bachelor’s degree from LeMoyne-Owen College and his graduate degree from The University of Memphis. He is also a graduate of Rhema Bible Training Center in Tulsa, Oklahoma, and he is one of the 12 Founding Fathers of the Full Gospel Church Fellowship of New Orleans, Louisiana.  He has been married to Sherrilyn Williams since 1981. Together they have five children: Altronise, Sheronda, Alton Jr., Allison and Joy.

As one of God’s new apostolic reformation end-time leaders, Apostle Williams is fulfilling his three-fold mandate to proclaim and help restore America’s Christian heritage; to empower believers to find their purpose; and to impact today’s culture for the kingdom of God.

A visionary who thinks outside of the box, Apostle Williams’ Christian twist on the Statue of Liberty, also known as The Statue of Liberation Through Christ, proclaims Jesus as the true source of America’s liberty.  The 72-foot monument has been featured in a wide variety of national media, including Charisma, The New York Times, Time Magazine, Rolling Stone, the MTV show Adventures in Hollyhood, and several Fox Television Network shows, including Fox & Friends and Hannity & Colmes.

Apostle Williams is also a prolific writer and has authored over sixty (60) books and manuals intended to lay a foundation of correct doctrine for the Body of Christ, enforce kingdom conduct, holiness and biblical standards of righteousness, and develop leaders and ministers for ministry.

Under Apostle Williams’ direction, World Overcomers (WOOMC) has grown to a membership of over 12,000 people. WOOMC offers several community outreach ministries and support groups for men, women, teens, children, singles, couples, seniors, and many others. Apostle Williams’ passion for understanding and applying God’s Word led him to launch several training and leadership institutes at WOOMC. He is also establishing Bible schools in Zambia, Brazil, and 24 other nations around the world.

Apostle Williams has led WOOMC in several local, national, and international outreach efforts, addressing such social ills as family disintegration, poverty, domestic violence and infant mortality. WOOMC has sent thousands of Ethiopian Jews back to their homeland in Israel, restored several Hurricane Katrina victims back to their homes, donated substantial funds for the Haitian earthquake relief effort,  provided ministry and shelter to hundreds of abused, homeless and distressed women, and founded two churches: a North Memphis church and a Hispanic church.

Apostle Williams’ heart is deeply invested in the Hickory Hill community, as evidenced by his outreach efforts that have brought positive transformation to the area. On Sunday, July 8, 2007, Apostle Williams shut down church service so the congregation could do outreach in the Hickory Hill community.  Members knocked on doors and took surveys to discover problems that concerned Memphis residents. Key concerns included: crime, poverty, graffiti, and lack of recreational outlets for youth.  Apostle Williams and WOOMC used these surveys to implement programs and ministries to address these issues, including:

With the purchase of the Hickory Ridge Mall in October 2008 and its reopening in conjunction with the Martin Luther King-Hickory Hill Community Parade in April 2010, Apostle Williams and WOOMC are pioneering the expansion of God’s kingdom from the four walls of the church to the marketplace. In 2013, Apostle Williams began actively mobilizing WOOMC teams to increase church planting in and around the Tri-State area of Tennessee, Mississippi, and Arkansas as part of his unwavering commitment to transform communities with the uncompromising Word of God and to fulfill Jesus Christ’s Great Commission to win and disciple souls for His kingdom.  WOOMC-Jackson Church launched on Sunday, May 5, 2013 at All-Suites Hotel on 541 Carriage House Drive. WOOMC-Holly Springs Church launched on Sunday, October 6, 2013 at Annie’s Restaurant on 198 North Memphis Street in Holly Springs, Mississippi. It is a testament of God’s plan to advance His kingdom beyond the four walls of the church into all the world. WOOMC has finally arrived to kingdom ministry.